The mighty Hau, the Benalla Bullet. 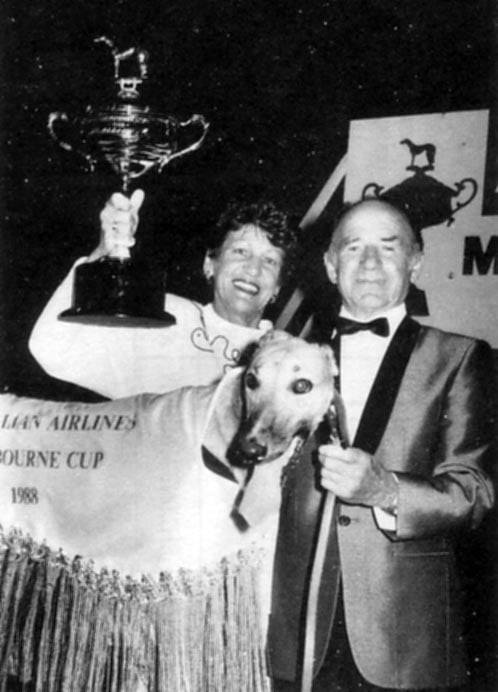 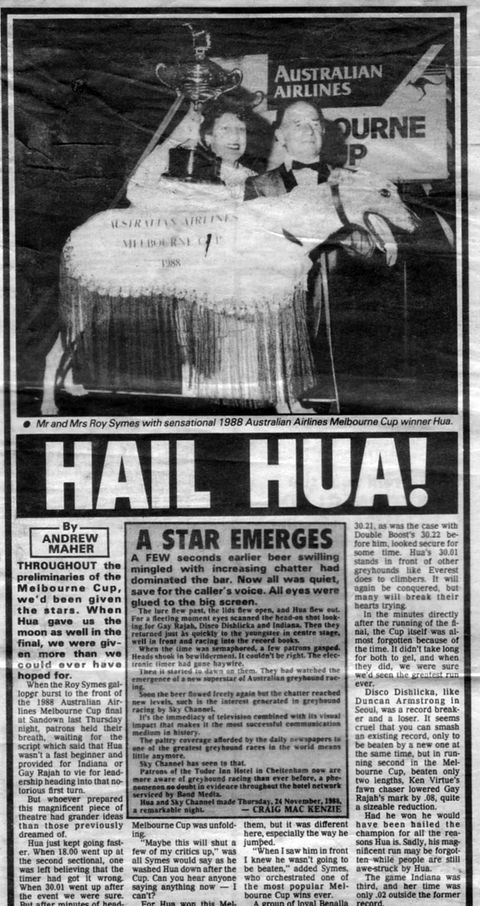 Barry Lingham – “nugget” Roy Symes was one hell of a good judge. After winning his maiden at Wangaratta, “nugget” said Ive got big planes for him. I really don’t think a Melbourne cup is beyond him. Now nugget and I were good mates, and we put the amber liquid to the test on more than one occassion . But it was only early in the afternoon when Hua blew his maiden field away having his first start . So an early start on the bronze tonic wasn’t the reason that Roy made such a prediction. Roy had put Hua around in a couple of trials in Melbourne prior to his Wangaratta maiden win. So he knew what was ahead, as long as he stayed sound. Hua went on to be the toast of Benalla , as bus trips to the big races came along for not only the dog But the many supporters, who admired this wonderful Symes family.