True Vintage – Black and White Bitch, (Busy Vintage – Little Jackie) Whelped January 1985. Owner : Debbie Burgess, Trainer : David and Margaret Crosswell. Some argue True Vintage was the greatest of Tasmania’s greatest. Inducted into Tassie Hall of Fame 2007. She retired on May 8 1989 by which time she has raced 66 times for 40 wins 13 seconds and two thirds. Won the 1988 Hobart 1000, and Launceston Cup, Runner-Up National Sprint. At one stage she won 15 straight.1987-88 Tasmanian Greyhound of the Year. She set Track Records at Hobart twice, Launceston, Maitland and Olympic Park. Trained in Victoria for a period of success by Kel and Jackie Greenough. Videos found and put up by Brennan Ryan Tassie and North Queensland historian. 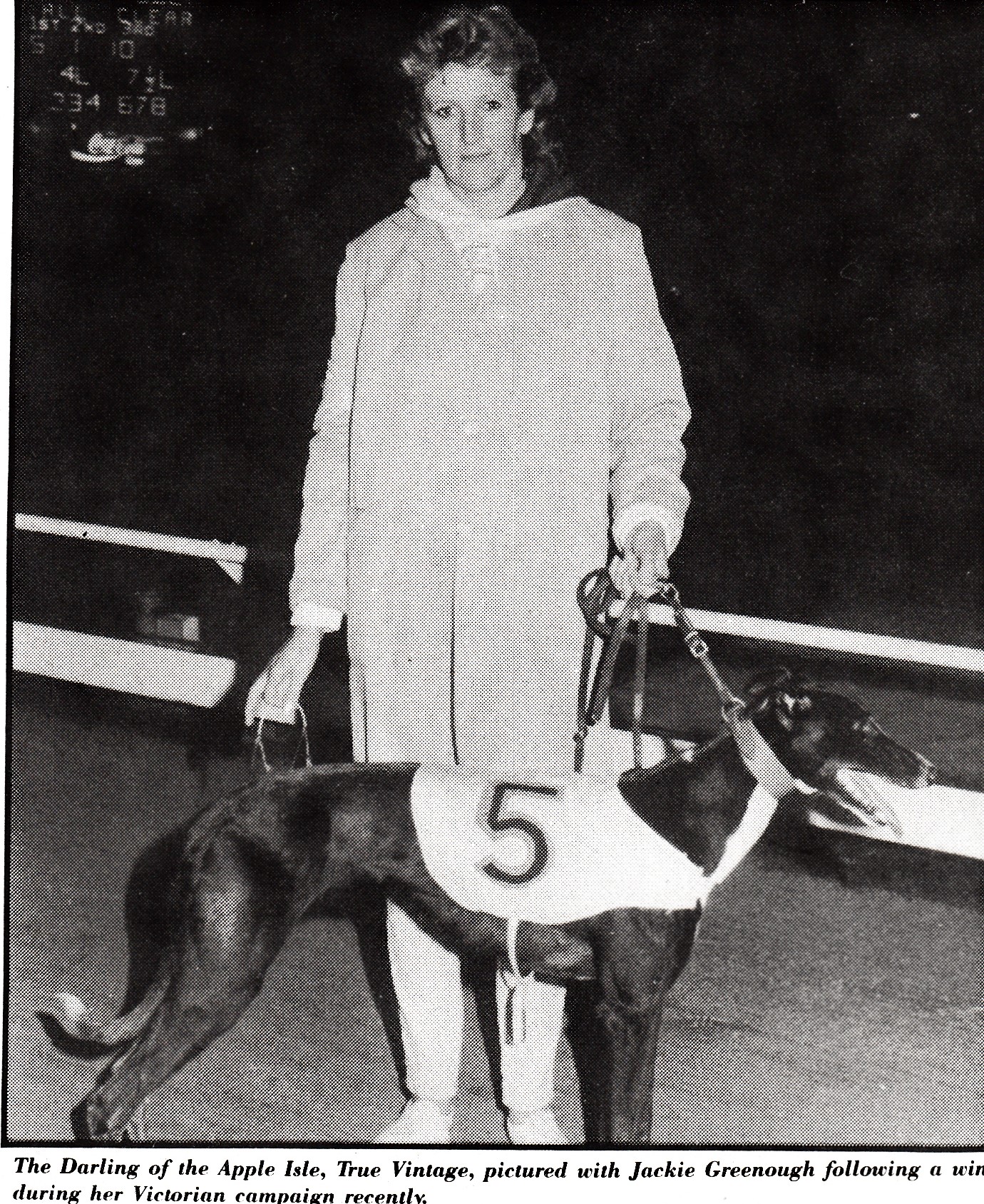 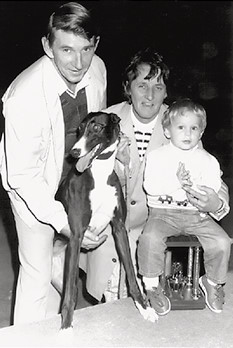 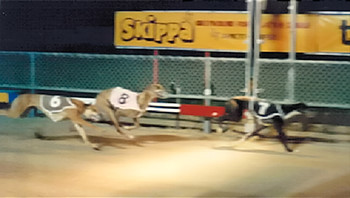 Kel Greenough – Thanks Neil was a pleasure to have her for a while and driving to Maitland in an old bomb of a car . Also remember she made the herald sun after an offer for 50k was refused after she broke the record at Olympic Park 29.56. David Croswell then got her back home to Tasmania and she was a star. Interesting her dam was a sister to General Jeff and a daughter of the brilliant Odious. David and I still talk regularly and he still trains plenty of winners

Neil Brown -Couldn’t help myself putting the photo of Jackie up. Lovely bloke David got to know him a bit later on. Wow General Jeff’s sister no wonder she threw a flying machine.