A story by the great Jack Woodward on Hall of Famer Tumble Bug and a photo from 1949. Plus a tribute from the GCA Website.

Jeff Collerson – Great to read an article of Jack’s. He was a mentor to so many (including me) and his knowledge of greyhound racing was second to none. He always rated Chief Havoc and Macareena as the best he saw. But he also talked about dogs like Sentinel and Ribby. What a pity he did not write his biography or indeed a book on the sport. He wrote some wonderful articles including one onf the Rosevear brothers of Tasmania.
Patrick Parrelli– What a nice person he was Jeff 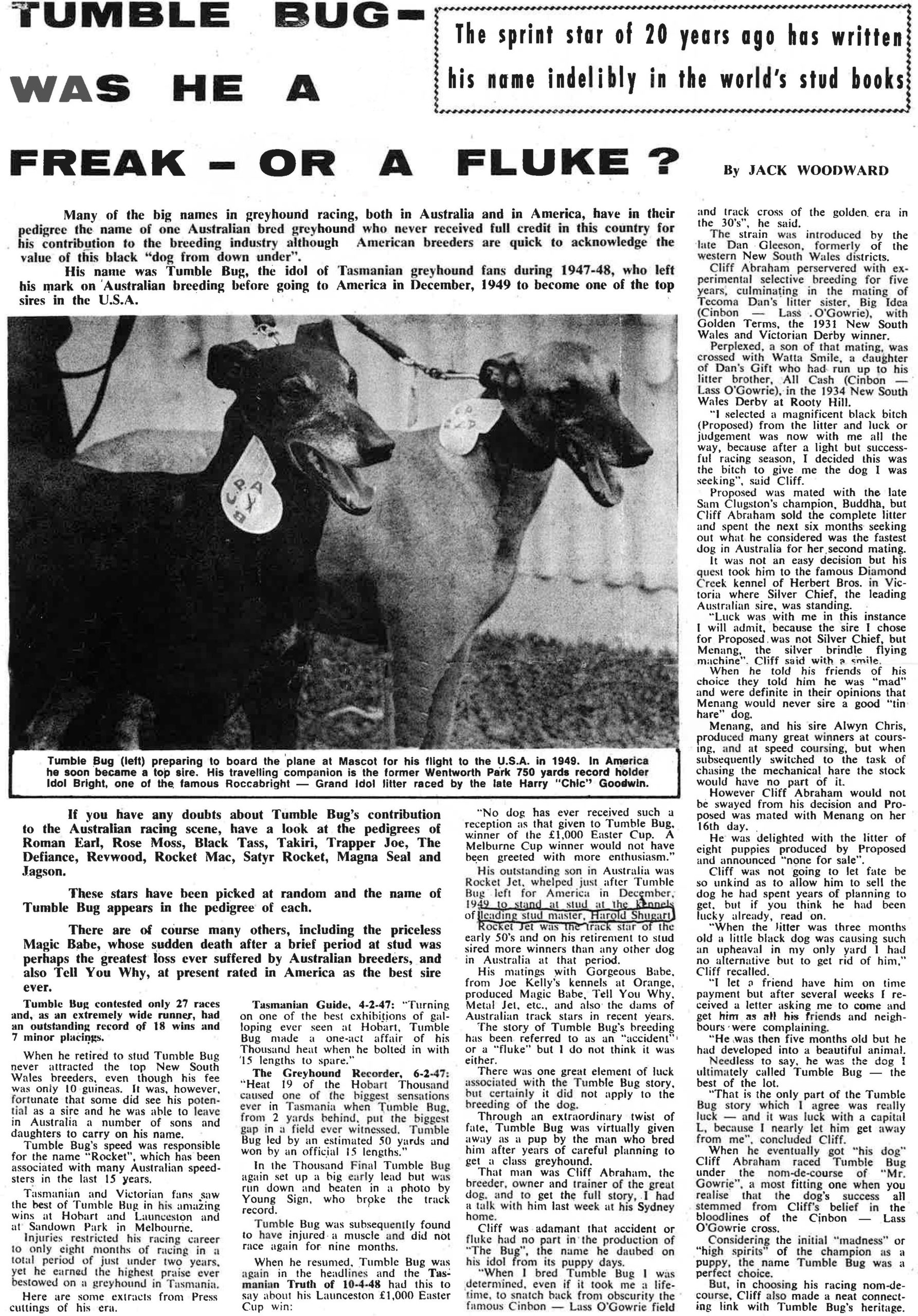