The Victorian Waterloo Cup is on this weekend at Lang Lang. Here is a photo of the trophies for the 1952 Cup won by Highland Beau defeating The Mudlark.

Hope someone can help me out. Cover of the GBOTA Mag September 1980. The two dogs Abrupt (Black) and Rambler (Fawn) divided the Victorian Waterloo Cup that year at Geelong. Both were bred and raced by Noel and John Banks. The litter brothers by Sylvan Prince from Camora were the last two left of 113. Noel’s son-in-law a great coursing man Johnny Hayes has Abrupt. The other gentleman I know him by cannot put a name to him. 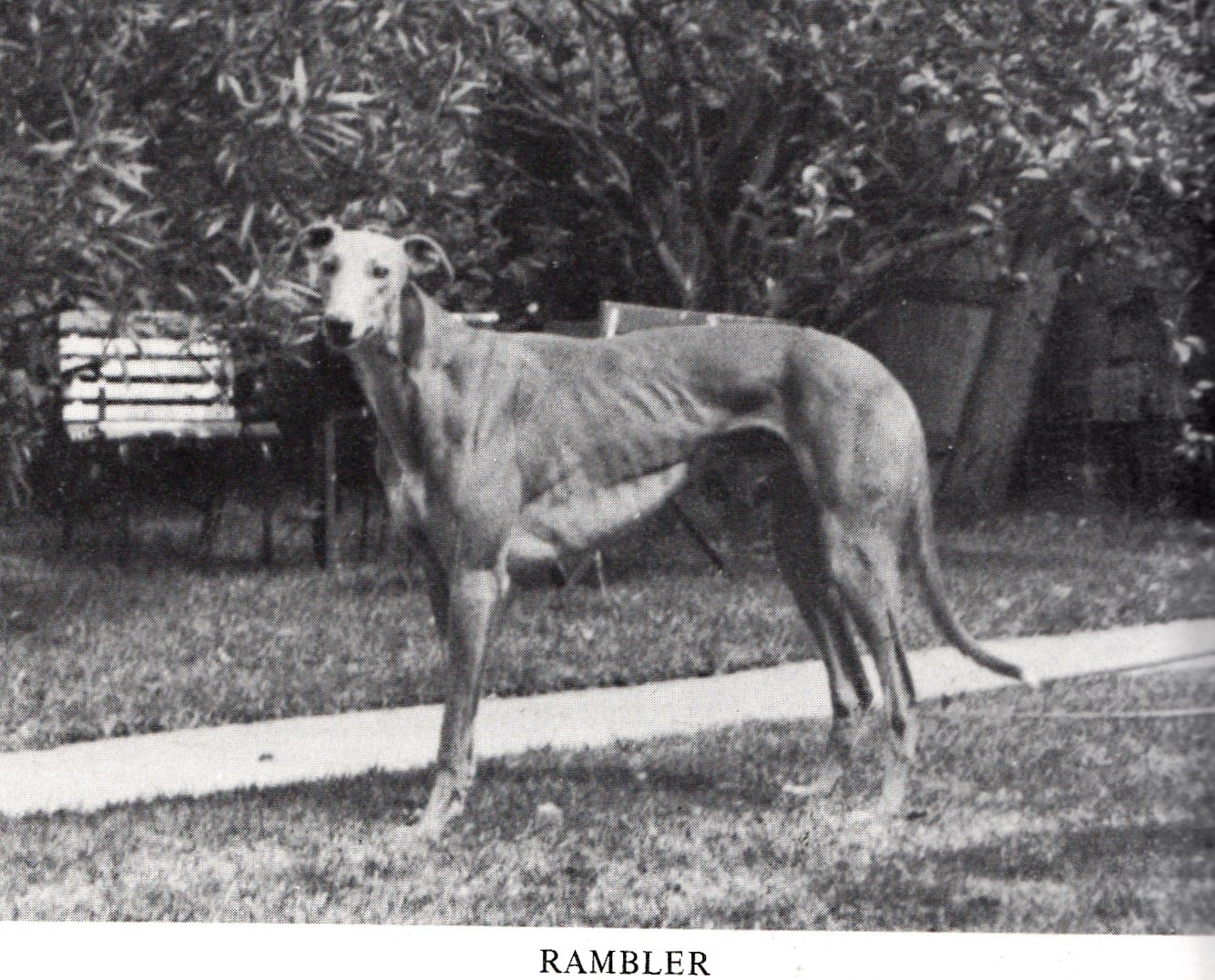