Wylie Boy very fast dog contested two Top Gun 59 starts for 34 wins and 12 placings $133,465 in prizemoney. Interesting story in regard to knocking back 150 large for him early on. Lovely people the Rose’s. Produced 46 litters without achieving much success at stud.

Jason Whybrow – I drove the lure at Wangaratta when he broke the track record faster turn of foot from a greyhound I’ve ever driven for amassing animal.

Greg Hore – Jason I had a top sprinter called Indian Lad who ran second that day. He was no slouch having won the Temora Cup and set a track record at Maitland over 400m then went close to breaking Head Honcho’s track record at Bendigo but Wyllie Boy gave him windburn that day. 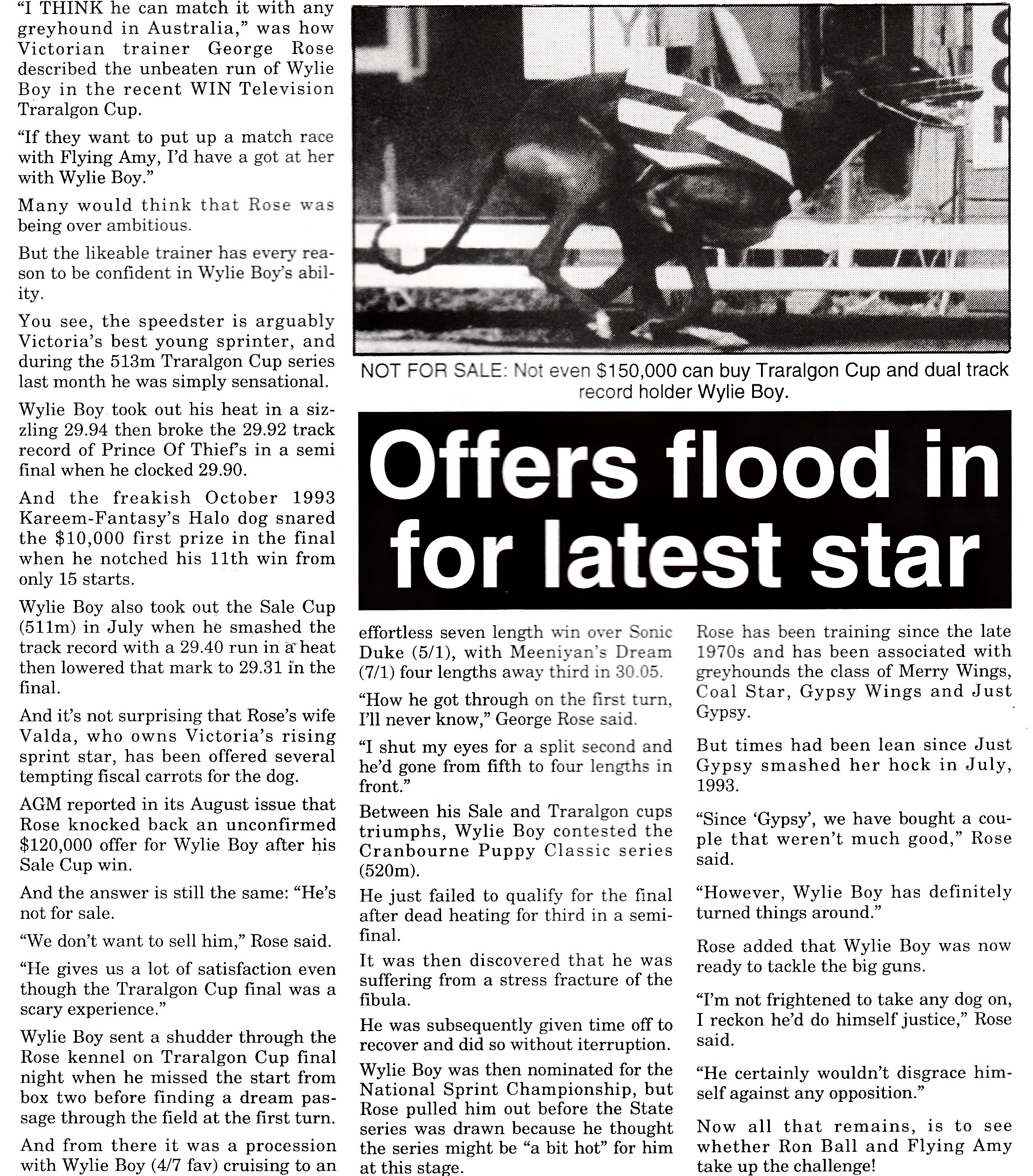 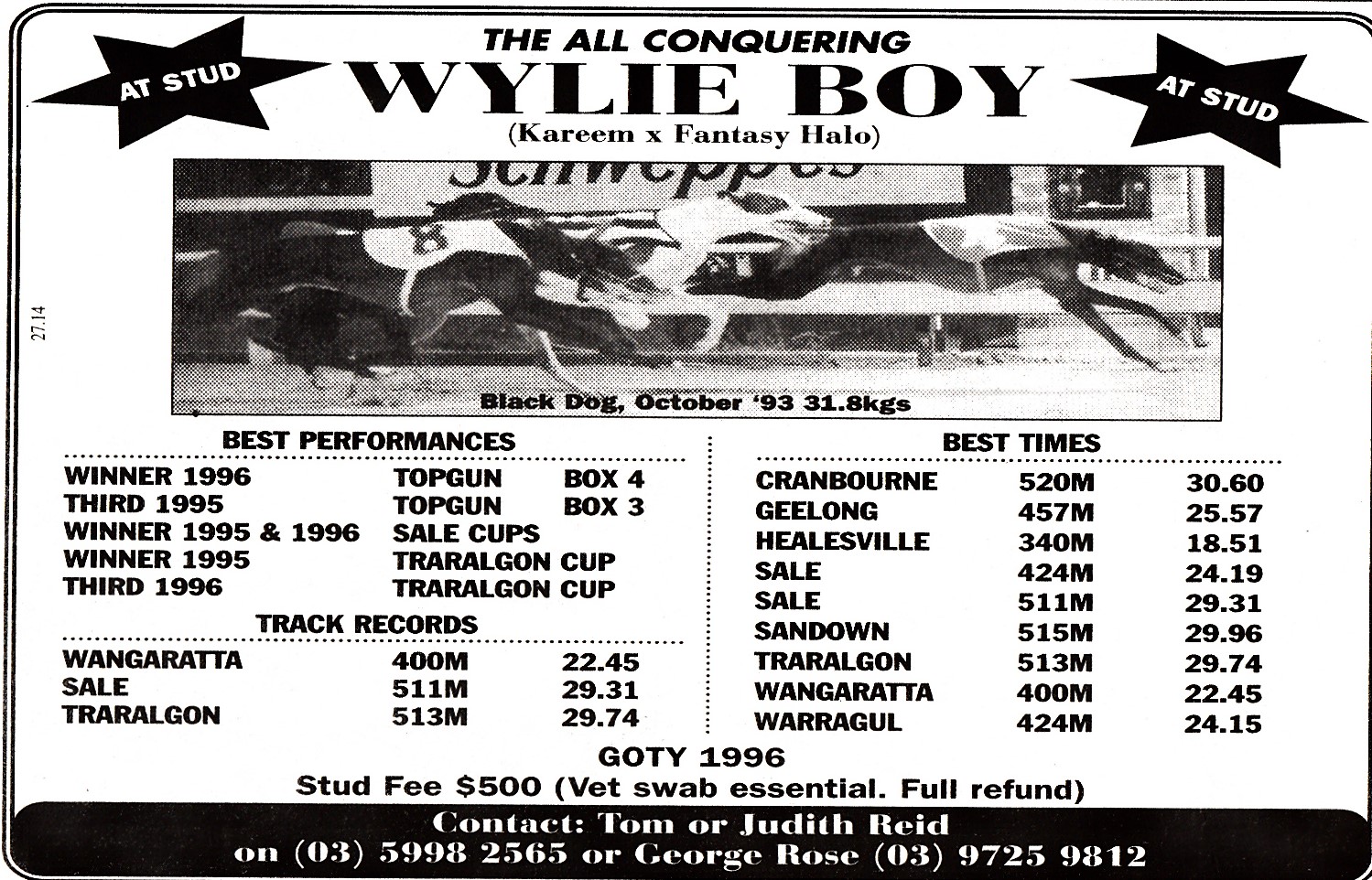