The 1923 Waterloo Cup was held at Geelong and won by Unie (Achieved – Una Verse), a brindle and white greyhound. The Cup was donated to the GRV by Ross Dickie. The winner was trained by Ross’ grandfather, the late Charles Dickie, of Bacchus Marsh. Unie’s half sister, Vanity Verse, which was trained by Dr W. A. Stewart, was the runner-up, however, the greyhound was withdrawn from the final course because of injury, leaving Unie the winner. 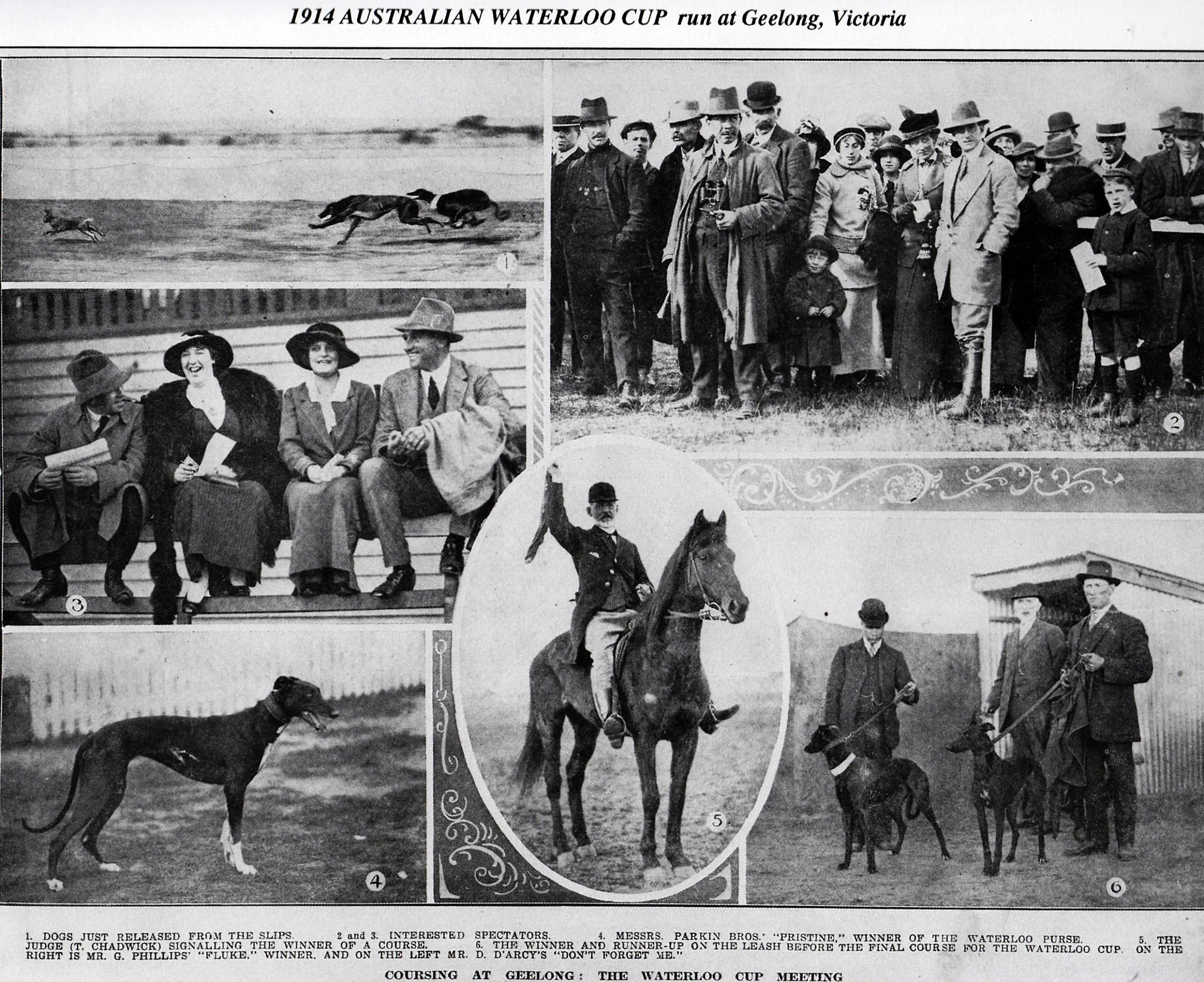