Ben Roberts sent some classic photo’s about his great grandfather and a trophy he won at Albury in 1950. The trophy was donated by the legendary Stan Cleverly and ironically won by a dog called Black Stan. From Ben – I came across your “History of Greyhound Racing” website while looking for further information about some trophies my late grandfather had from his fathers (my great-grandfather) career as a greyhound trainer. My great-grandfather’s name was Clement George Roberts (b.1900 (or 1898); d.1966) – post the second war he lived out his life in the Rutherglen area in Victoria. Attached are some photos I took of a three-piece tea set that was won by a greyhound he trained called “Black Stan” (named after his son, my grandfather Stanley George Roberts). Black Stan won the 1950 Christmas Gift Handicap at Albury over 525 yards on 26 December 1950. The trophy was donated by a “Mr S. Cleverley” who, from my very brief research to date, I presume is the notable in greyhound racing Stan Cleverley (or maybe his father). I also attached a picture of Clement George Roberts with two of his dogs – the black one may be Black Stan, though we are unsure as the photo is more likely from the early 1960’s. 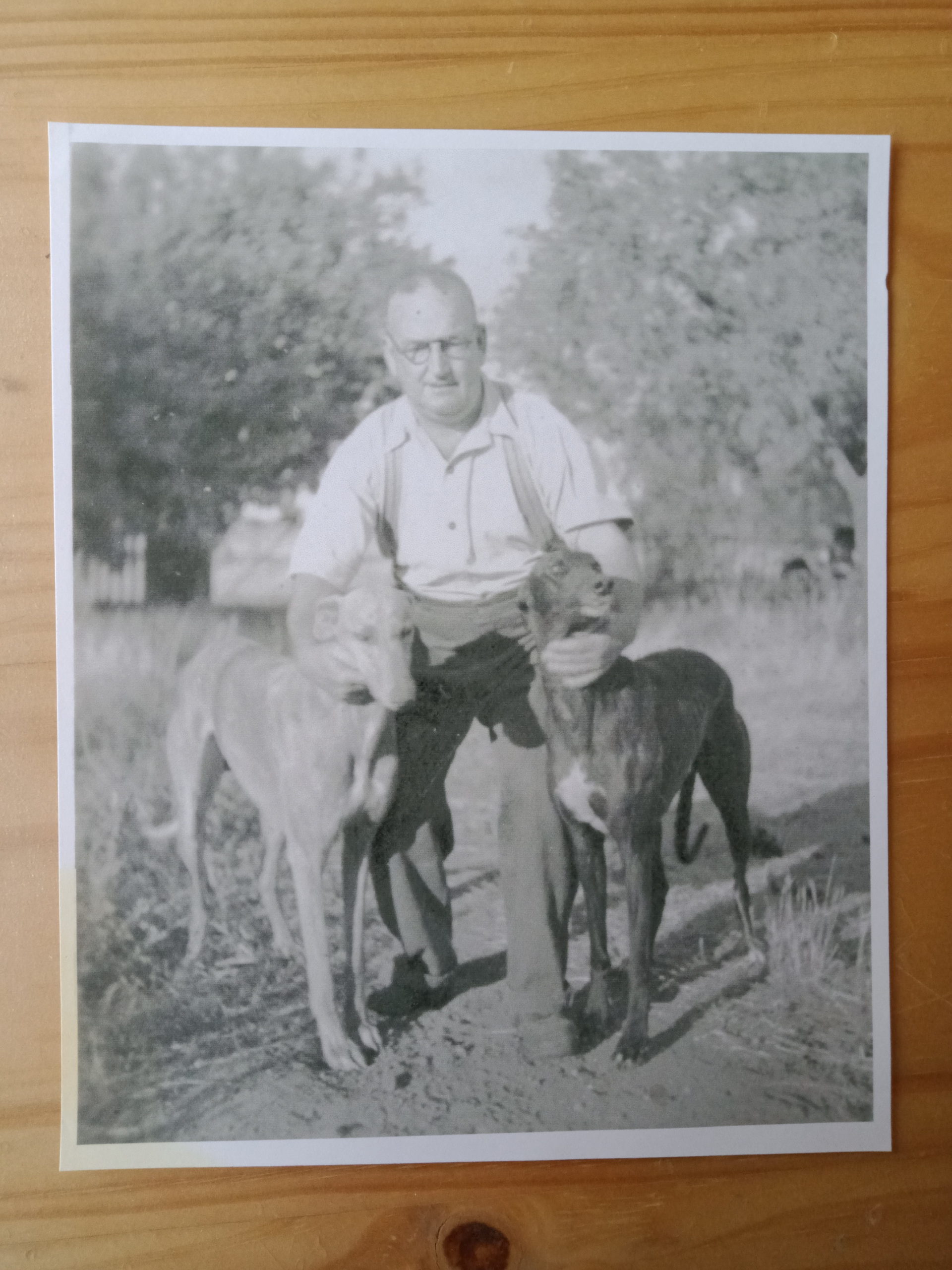 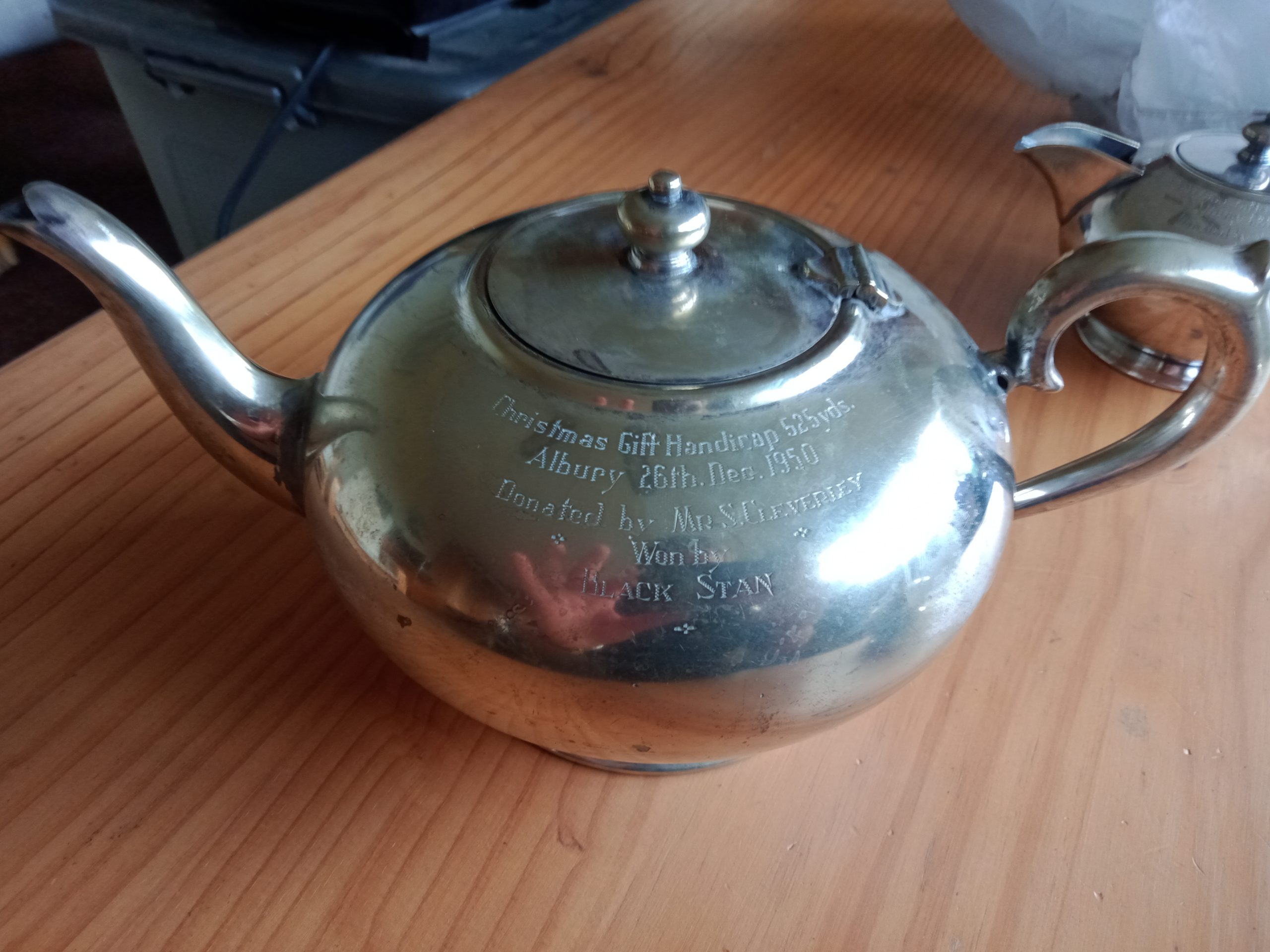 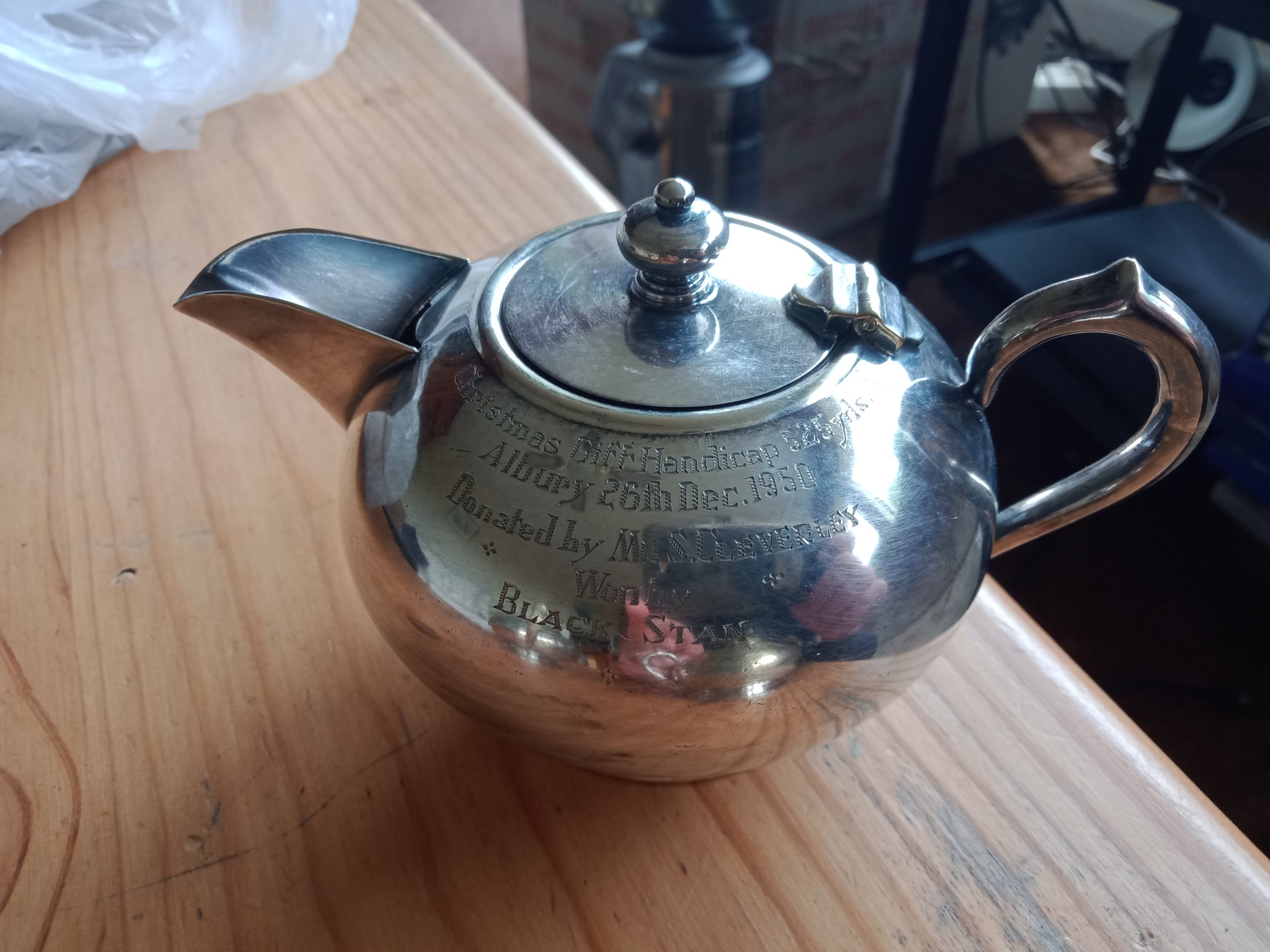