Australian greyhound trainers have always been highly rated worldwide. Here is a story featuring the late Les Brett from Mudgee in New South Wales. Les was an outstanding trainer for an extended period of time both in the coursing ranks and track racing. He is pictured here with a few of his stars including Dreams Image the Greyhound that retired as Australia’s highest stakes earner with 3003 pounds. Dreams Image also produced the mighty Rookie Rebel and was very significant in the stud ranks of the 1960s.

George Clegg – The one dog that comes to mind at Mudgee was Aussie Temper in the 70s owned by the presidents wife. The box draw was done on track in those days after kennelling. “ Race 1 box 1 ..Aussie Temper” crowd murmurings “ settle down”.. it always drew box 1 and I presume remained a maiden. 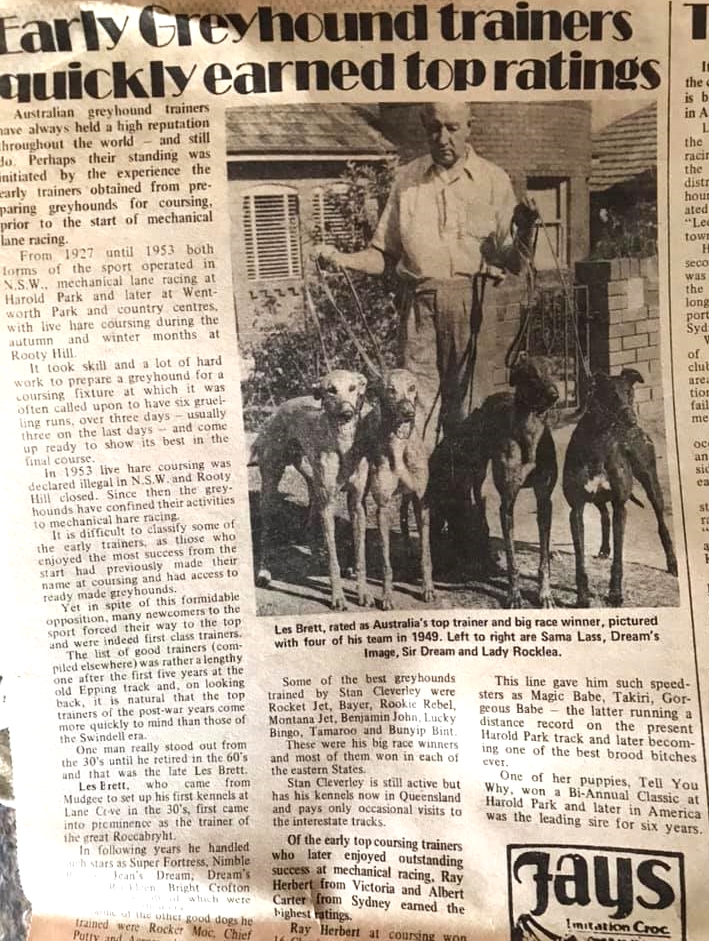