One of the great characters of Australian Greyhound Racing with perhaps the best story. Max Wintle and Dennis Direct travelled to the USA for the Championship at Flagler. He was the first Australian trainer to travel to America with a race dog, the dog was ultimately scratched due to the poor condition he arrived in. He was accompanied by now-billionaire Lindsay Fox, whose brother Don owned Dennis Direct. I tried to get Max to tell the story on TV, a real raconteur he entertained the entire room when inducted into the Victorian Hall of Fame in 2018. Max was also the first trainer to win National Sprint (Dennis Direct) & National Distance (Sprig O’Heather) Championships in same year (1961). Trained winners on at least 65 greyhound racetracks around Australia. I not sure if he continues to train greyhounds from his house block in Melbourne (Reservoir) at 87 years of age. He is no doubt our oldest active greyhound trainer in Victoria. A remarkable man.

Craig Davis – I remember he used to go to Rockhampton was happy to go there a few times and run down the track and then after 2 or 3 outs would go back and clean up with the same dog.
Peter Dawson – Max could turn up anywhere.. any track, any time.
Greg Hore – Max is a legend of the game alright. Along with Les Merry they would have been the greatest travellers in the game.
Chris McKay- Great story 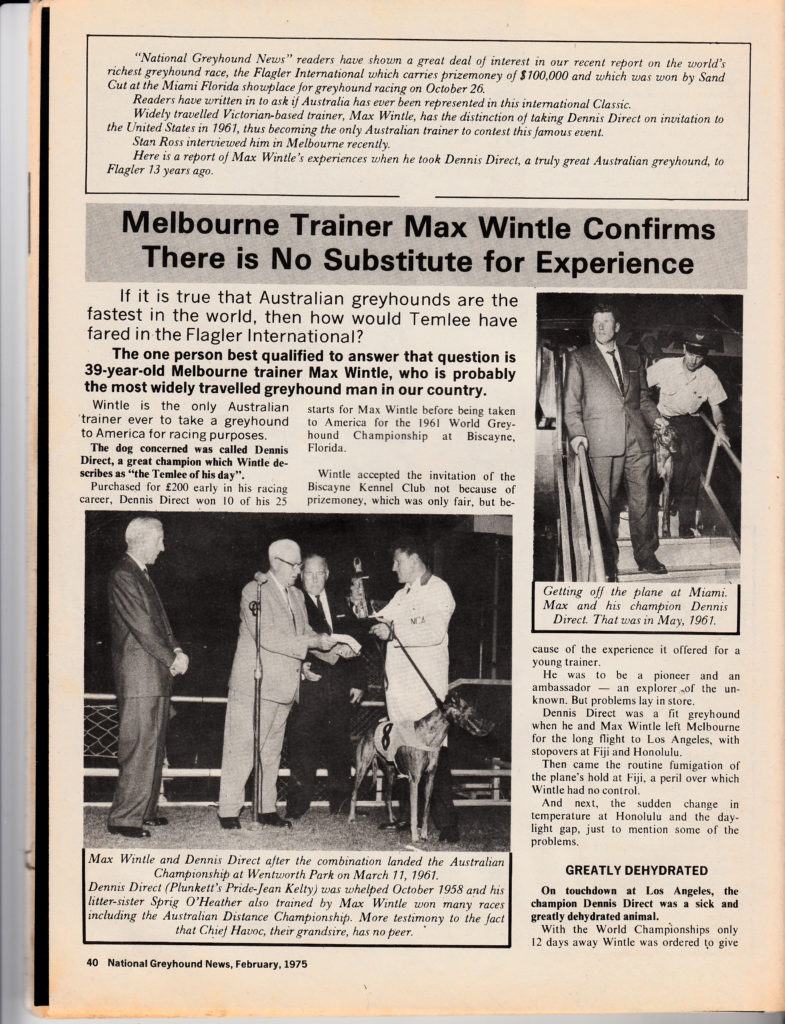 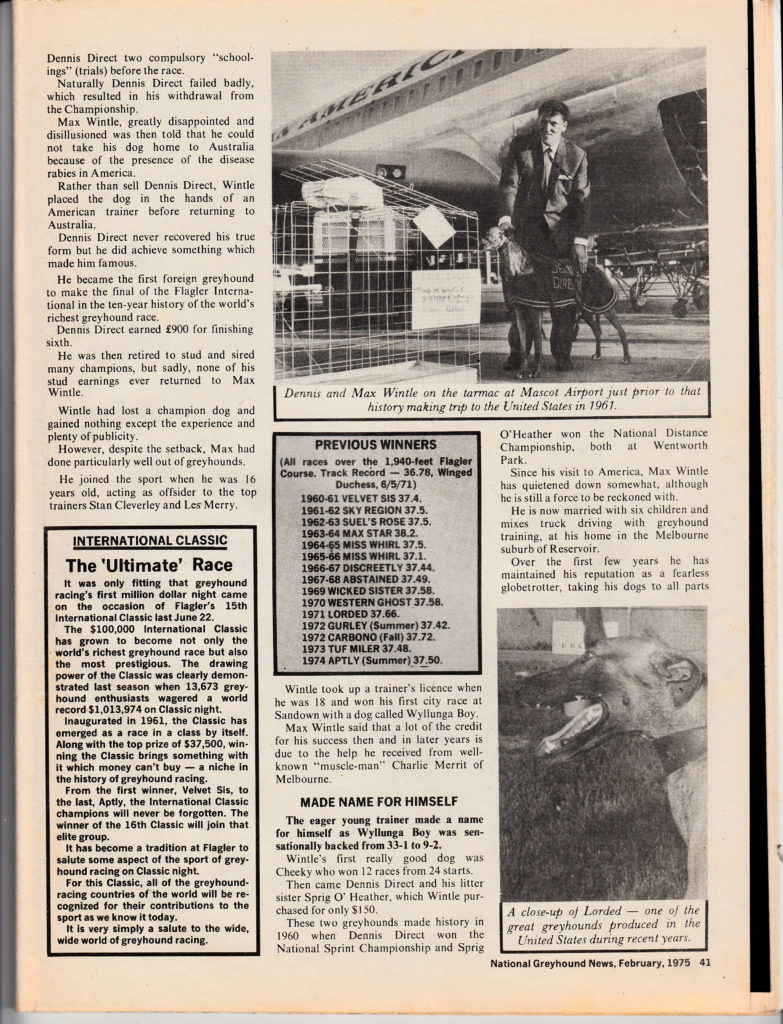 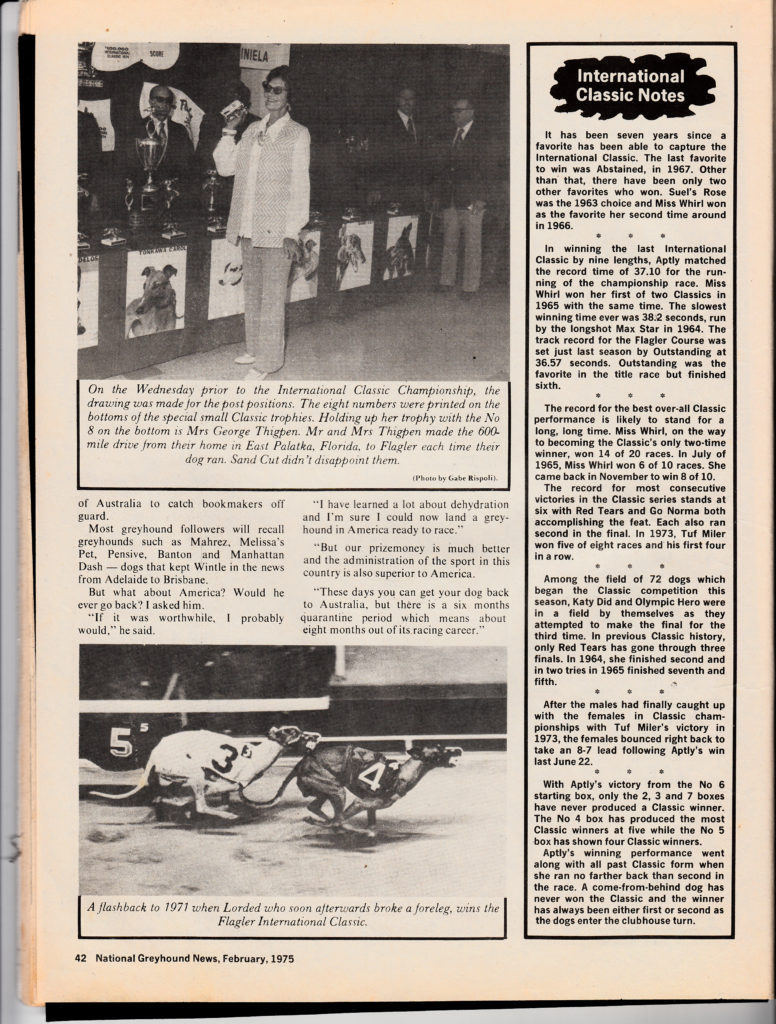 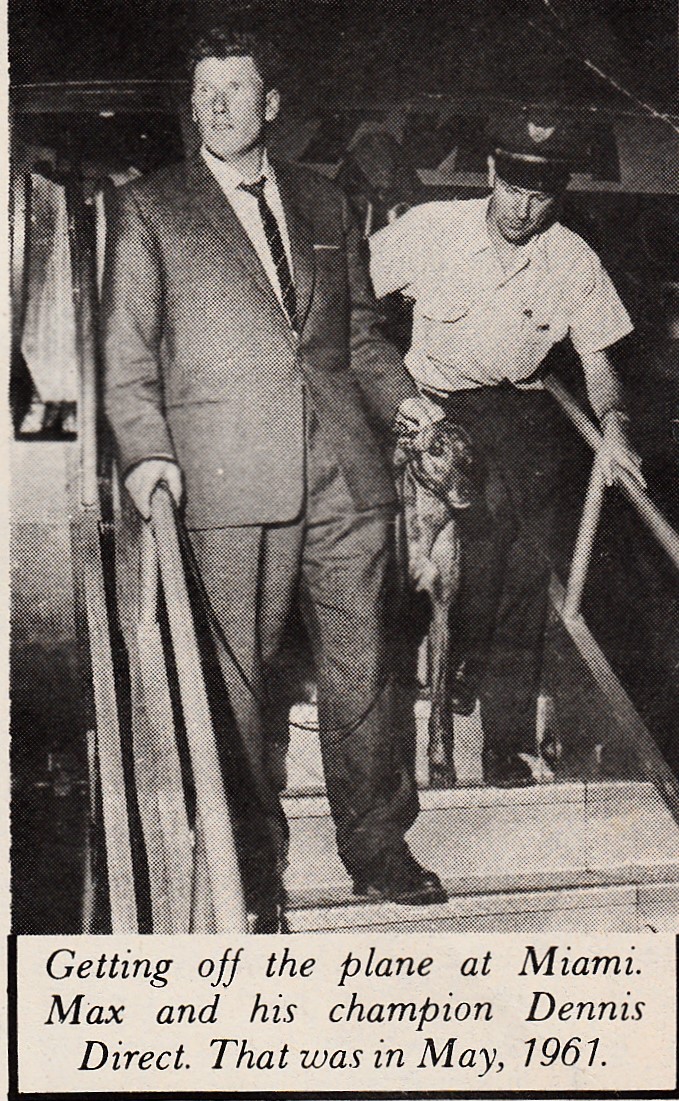 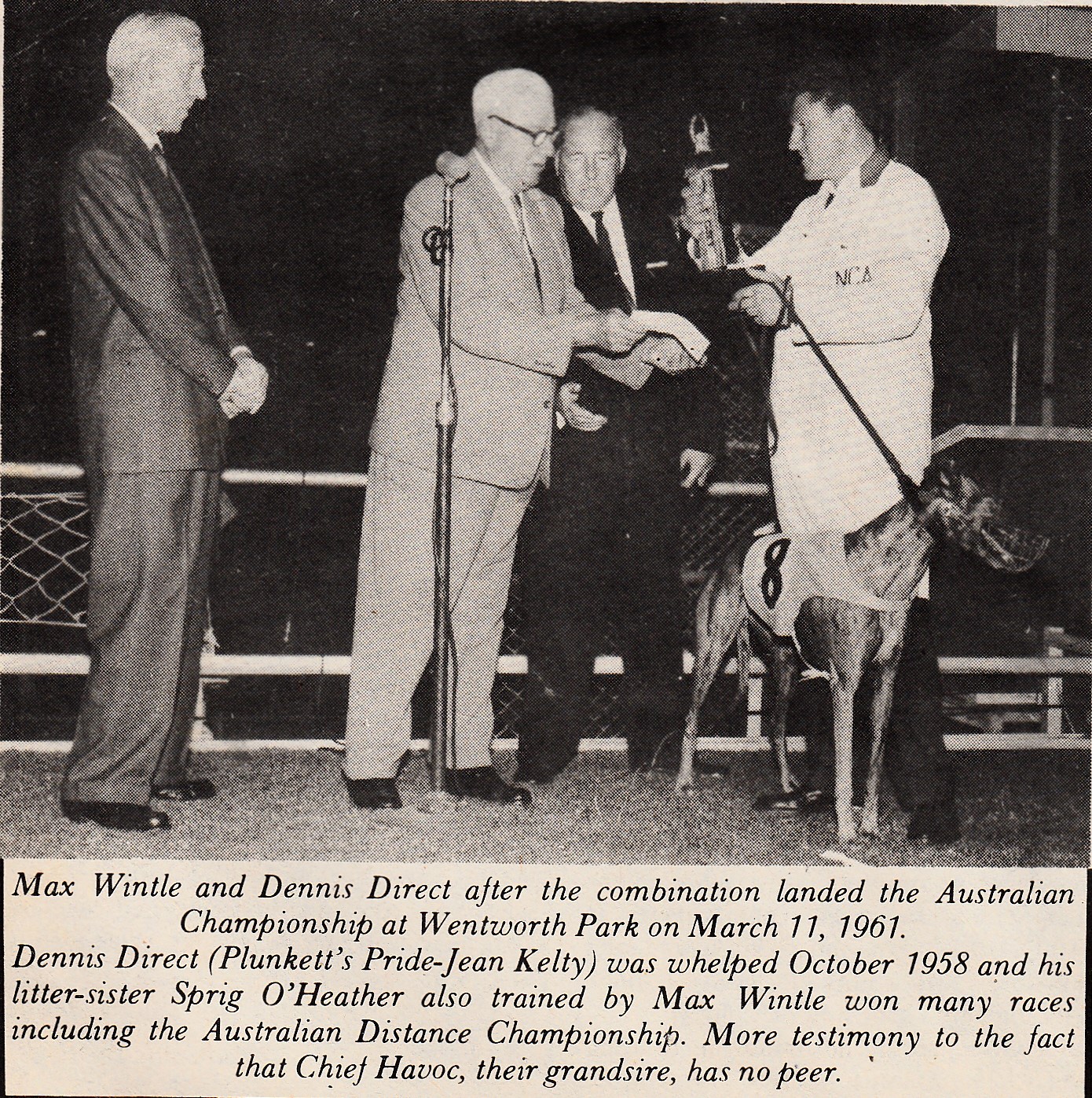 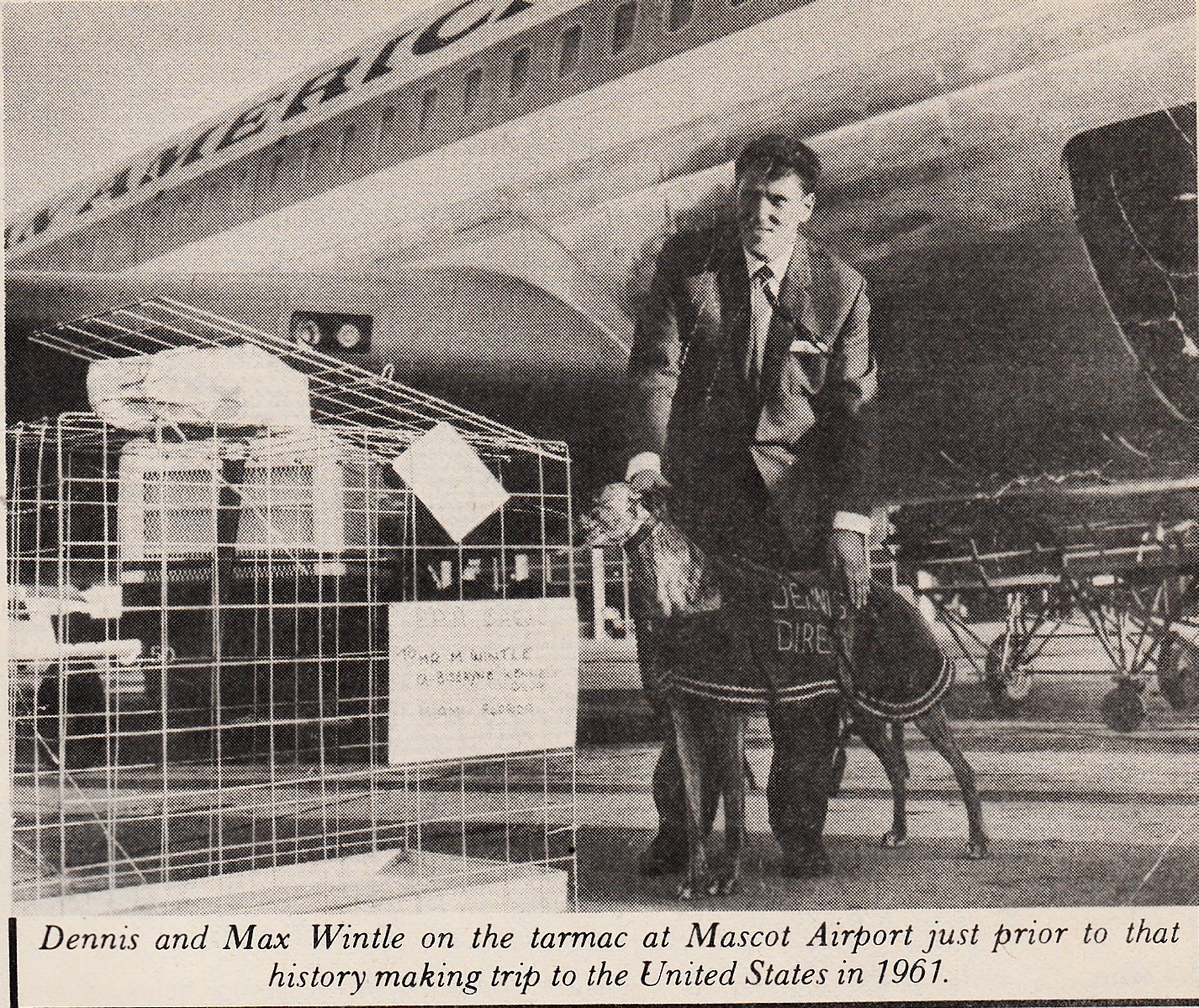 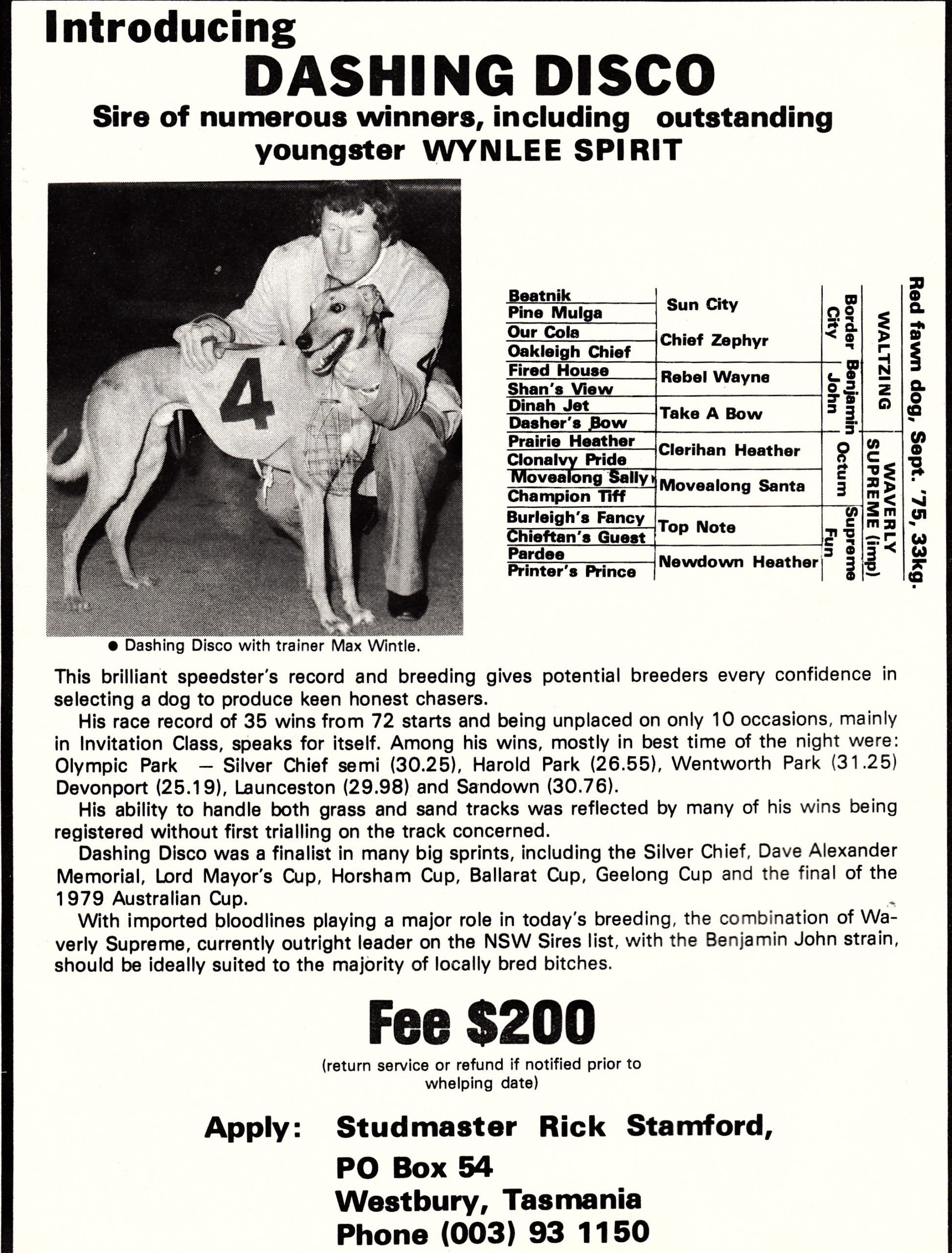 One of Max Wintle’s stars Dashing Disco. Standing at Stud for another old mate mine and many around Australia. Rick Stamford the quite man from Tassie. 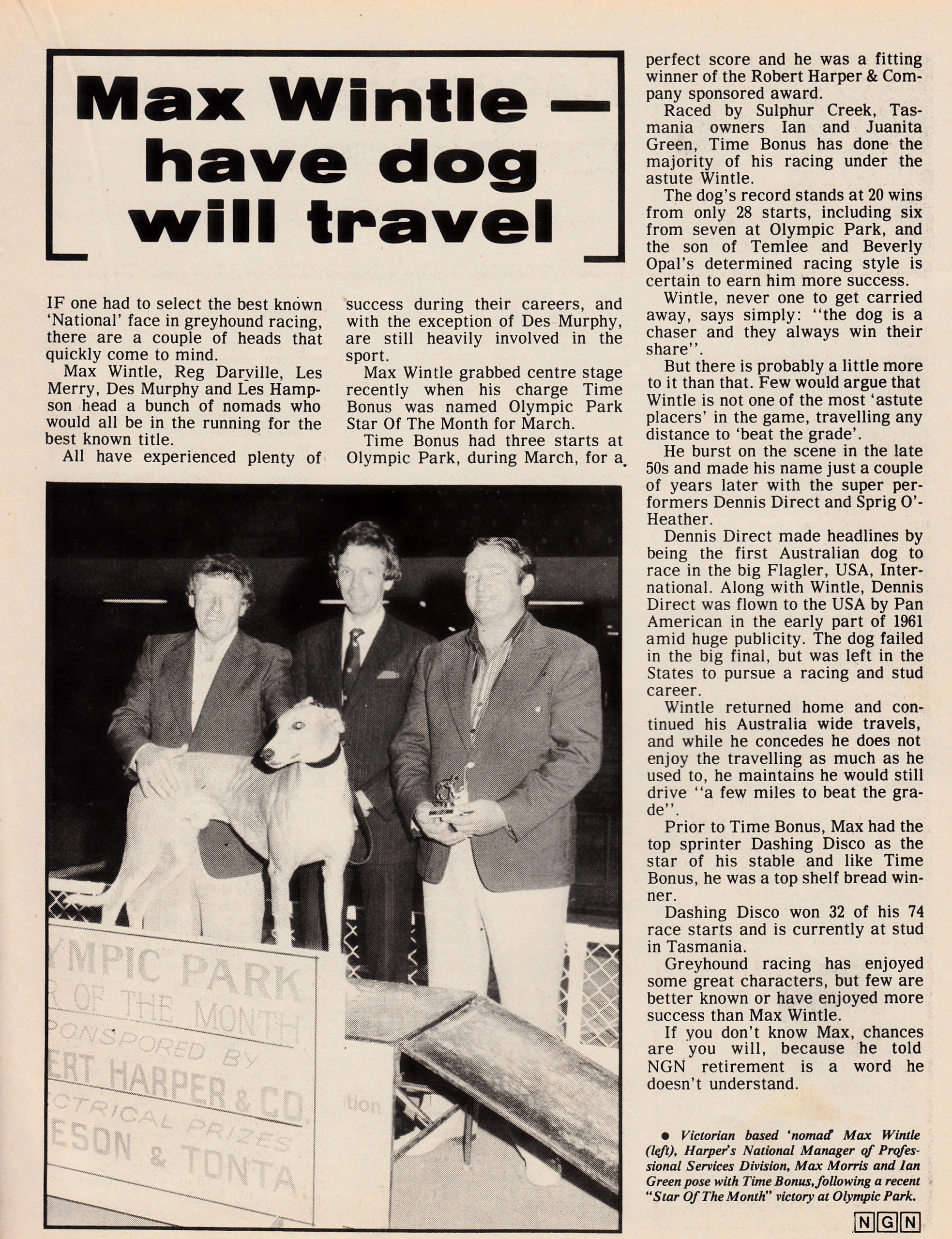