Rex Nairn asked if I could find anything on Megan’s Rebel, she won the 1976 Christmas Gift at Harold Park for three wins in a row. This included the McCallams Whisky Trophy at Dapto beating Woolly Wong by 7 lengths in track record time of 43.40 for the 722m. She won the heat and final of Christmas Gift and then an Invitation at Harold Park. After those four wins I guess she could have been classed as the best stayer in NSW. From 50 starts she won 20 with 17 seconds and 3 thirds, with 17 starts at Harold Park for 7 wins 4 seconds 1 third, best time 43.37for 732 metres. She won $13, 160 in her career. She certainly was a star of her time as Rex explained above. I found this photo of her winning a heat of the Summer Cup.

Ken Mitchell – Willy Wong 🤔🤔 woolly Wilson
Ian Hilditch – Ken Mitchell Woolley Wong was bitch by Woolley Wilson. Won an Association Cup.
Ken Mitchell- Ian Hilditch thanx, hadn’t heard of it 😁
Jeff Collerson – Woolley Wong was owned and trained by Ray Perry, a detective. The nobblers were active then and I had a full page story in the Daily Mirror with Ray Perry guarding Woolley Wong while armed with a pistol. Imagine them running a picture story like that now!
Ken Mitchell – Jeff Collerson very interesting
Rex Nairn – Thank you. That’s great.
Rex Nairn – She ran 2nd to Mandain Girl in the final of the Summer Cup beaten a neck.
Rex Nairn – What great dark brindle bitch Megan’s Rebel was, if she was around today, it would a pretty good one to beat her. Memories of the past are something I will treasure forever
Ian Rose – Wasn’t that a great era of stayers 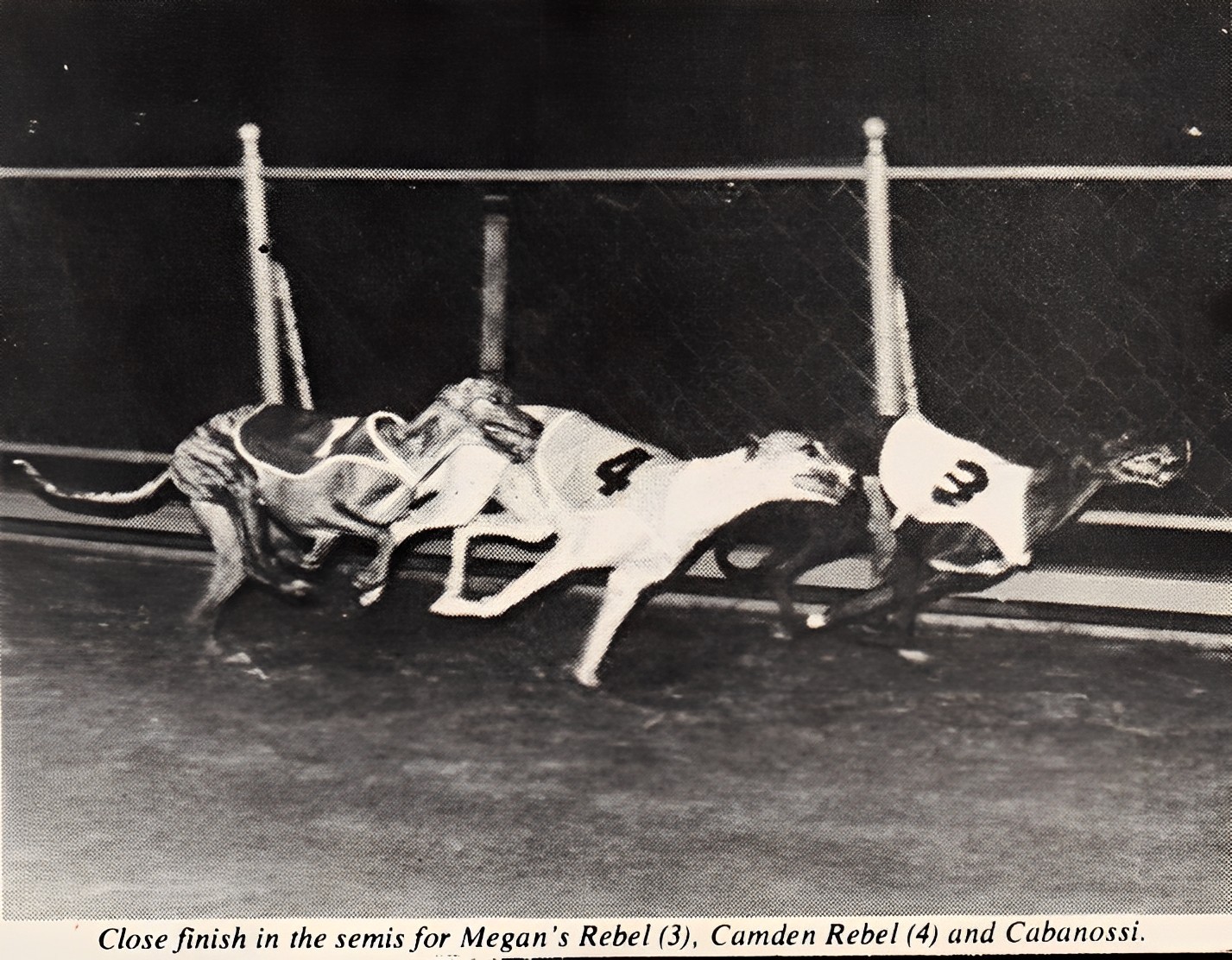