When I was 8-year-old I remember a big parade through the main street of Springvale when the town was declared a city in 1961. Many local organisations put together a float for the occasion. Fantastic to see Sandown was represented the club has always played its part in promoting and contributing to the local community. Updated information from Bob McCurdy seems the float was made for Moomba by the MGRA. More details in the comments.

Mark Pearson– Jack McKenna great administration person for greyhound racing🐾🐾
Ken Drysdale– Neil do you remember the year they moved from Gracedale Park please . I recall seeing the end of the tunnel under Gracedale boxes and had an idea the move to Sandown was 2 phase ?.
Robert Mccurdy– Neil I think Olympic park had organized this float together with buck by ha an a d my father who is driving the tra
Robert Mccurdy– Sorry I will start again Olympic park organized this float together with buck Buchanan and my wife’s father the float was built in bucks factory in Ringwood my wife’s father jack Wright is driving the tractor this float was organised for moomba and took part in the parade and on that float was some lovely ladies to mention a few was my wife’s cousin my sister and Maureen Duncan who Miss Greyhound that year she also married hoped Deakin
Neil Brown– Glad you knew the history Bob. I found the photo while cleaning up the safe room at Sandown. It was in a large book of photo’s called Sandown Park The History. I thought it something Sandown was involved in. Given the only event that involved Floats in Springvale was the City Parade I went to. Couldn’t recall too much about it. The only float I remember was the Football Club float with the 61 Premiership players on the back.
Robert Mccurdy- Neil Brown thanks Neil for your reply the float was loaned to Springvale council through the greyhounds people I have that photo at home for the last 60 years with a lot more record some even collated by the great reporter Frank Morley sporting globe and Maureen Duncan was the daughter of Roy Duncan who was the grader for all tracks in Vic 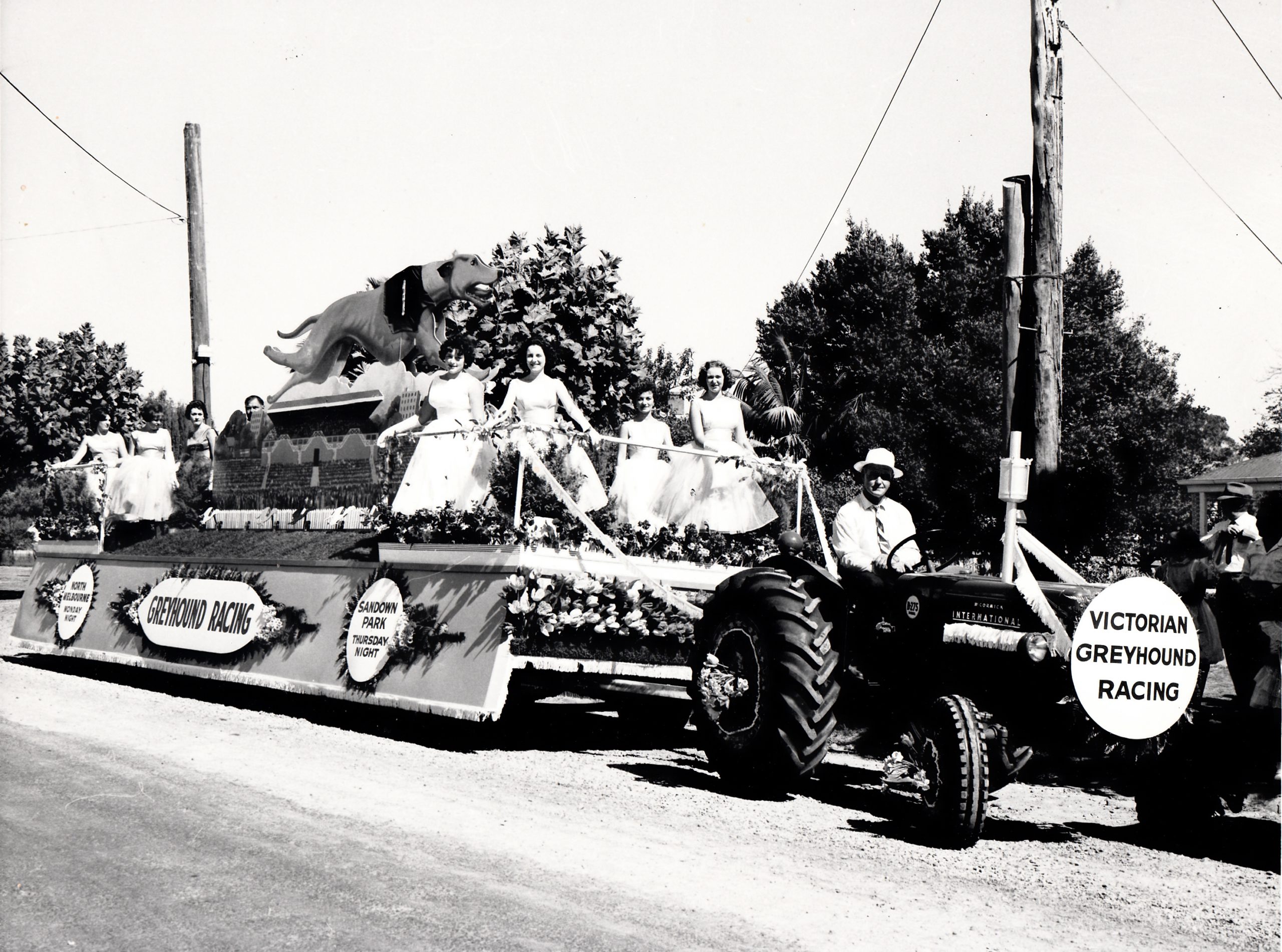