Some things are never new take for example race names The Phoenix was used back in 2004 albeit a vastly different format this time around, but the same name. There has been some excellent names dreamed up over the years perhaps the best the Paws Of Thunder. Renamed by the NCA’S Troy Harley for the time-honoured St Ledger. The Top Gun named by Sandown Office Manager Pat Griffin. Jeff Davies and I combined to name the bitches only Sapphire Crown Classic. Jeff can also take the credit for the Launching Pad so aptly named as over the years the race has launched many outstanding careers including the first winner Bounty Lass who later that year in 2003 was runner up in the Melbourne Cup to Bombastic Shiraz. 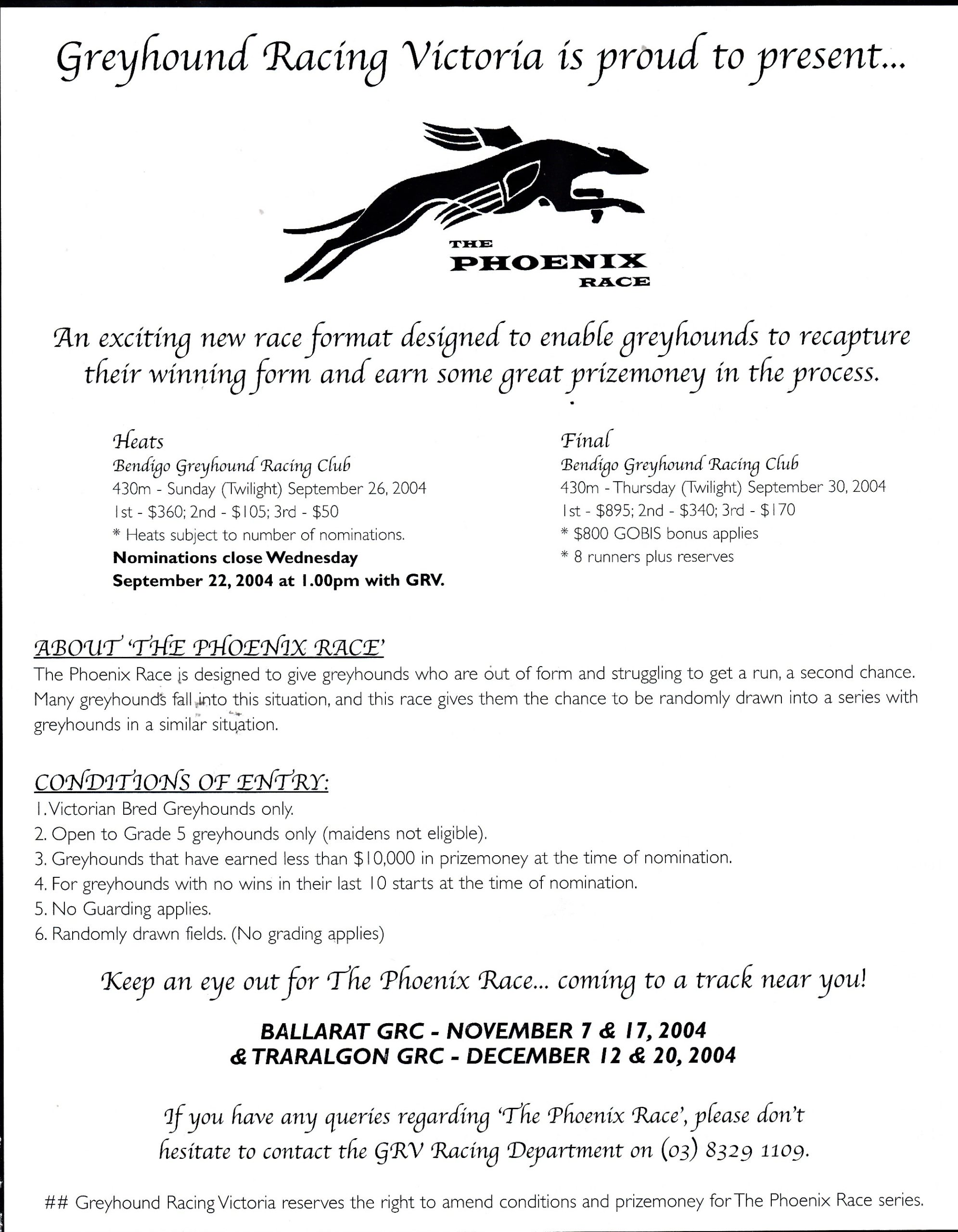